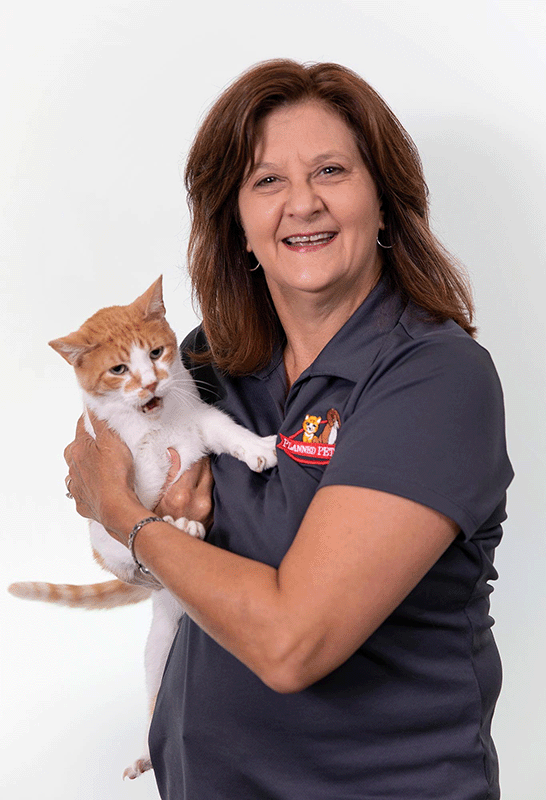 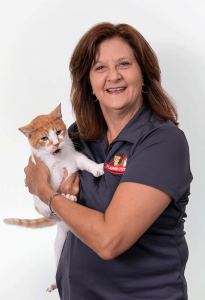 A Tennessee native, Elizabeth had a 20+-year career  in Customer Service and Account Management  before leaving the corporate world to pursue her passion for animal welfare full-time in 2004.   She spent most of her spare time fostering, bottle-feeding, and holding adoption events with several small rescue groups prior to becoming a founding member of Companion Animal Rescue League (CARL) in 2003,. Recognizing the lack of available spay/neuter resources in her home county of Gwinnett, in 2009 she co-founded Planned PEThood of Georgia. CARL remained a well-respected rescue group and later merged into Planned PEThood. Elizabeth’s emphasis has always been on outstanding customer service, collaboration with other organizations, and accommodation of clients’ individual needs. When presented with a challenge, particularly one involving an animal in need, her usual response is “We’ll figure it out.” Elizabeth and her husband, Cliff Brown, are the proud pet parents of a rescued dog who is very smart for her breed, and several cats.

Your ticket for the: Elizabeth Burgner