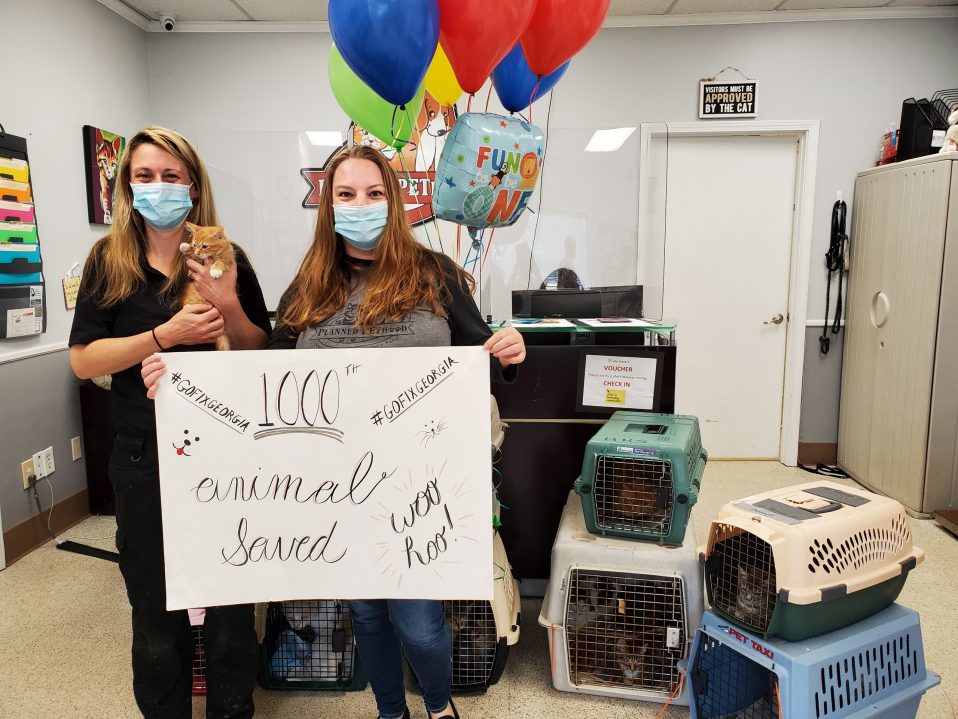 Go Fix Georgia is dedicated to improving spay/neuter access to remote and rural animal shelters and communities across Georgia. The program is not complex, but it is wildly effective. In short, our dedicated staff and volunteers bring animals from county shelters to our Duluth clinic for surgery every week and then return them to the shelter for adoption. Every animal that enters the Go Fix Georgia program is guaranteed safety!

This program was initially created thanks to an innovation grant from Maddie’s Fund, and has been subsidized over the past year thanks to a Rachel Ray Save Them All Grant from Best Friends Animal Society. Without their investments, 1,000 animals would have been killed in rural shelters or adopted without being spayed.

Go Fix Georgia began in an effort to assist Newton County Animal Control, and has since added additional counties. In the beginning Newton County’s shelter did not have access to veterinary care or air conditioning, had a limited capacity to house animals, operated without a single rescue in their county, and only 47.5% of the animals that entered their facility left alive. They were struggling.

Just one year later, with the collective efforts of their staff and our program, immense progress has been made in Newton County. Their county commissioners allocated funds to expand their shelter, add air conditioning, require spay/neuter of all animals, and their euthanasia rate dropped to a record low. Animals in Newton County are now getting the care they deserve!

Planned PEThood’s goal is to broaden the scope of this service for Go Fix Georgia to include other rural counties and remote locations across the state. With access to affordable spay/neuter services, Planned PEThood aims to further reduce Georgia’s pet overpopulation problem, which causes the deaths of at least 40,000 cats and dogs in Georgia shelters each year.

The Go Fix Georgia model only works when we have two things from the county shelter – a team that believes in the effort and a way for the county to afford the services for their animals. Luckily, Habersham County Animal Control has both of those things, and just need a helping hand. Shelter Director, Madi Nix, has been working with us for a few months now and together we are making a difference in the lives of animals in Habersham County, like Pennywise.

Pennywise took a wrong turn, and ended up 20+ feet down in a storm drain in a Dairy Queen parking lot in Baldwin, GA. He was sitting on a small ledge down there, just above all the “yuck” and water at the bottom. Thankfully, his cries were heard, and officers were dispatched to help! Unfortunately, the only way to save him would be to remove the sealed manhole. DOT was alerted, but it was time to improvise.

Madi had a 25 foot training lead in her car, along with her trusty “foster kitten supply” basket. So, she made a kitty elevator! She put some canned food in the basket, and lowered the basket down to the kitty. And waited. After about 5 minutes, kitten decided he was ready to go up and jumped in for a ride to the top!

Everyone at Planned PEThood was enamored with this sweet little kitten and his amazing story. So it made the fact that he was the 1,000th animal to ride our Go Fix Georgia van even more special.

In addition to animals transported for surgery prior to adoption, Planned PEThood networks with local rescue organizations to encourage them to pull from rural shelters like Newton and Habersham, adding those pets to the transport and moving more out of the shelter. Rescues and shelters often struggle with sending staff to remote shelters for rescue efforts, so many were eager and willing to aid us in our efforts. Roughly 400 of the 1000 animals we have transported have been rescue transports ensuring more room in rural shelters and less euthanasia!

Sometimes there are a little extra special patients onboard the Go Fix Georgia van. These two kitties had eye conditions that required specialized surgeries. One had an eye that was not functional and needed to be removed. The other kitty needed bilateral entropion surgery. This is to repair a condition where the eyelids grow inwards, instead of outwards like they should. Both of these surgeries would have cost Habersham County Animal Control thousands of dollars, which they wouldn’t have been able to afford. However, we happen to have an excellent surgeon on staff that was comfortable performing both surgeries at a fraction of the cost. While this is not a service we offer to the public, we do attempt to help shelters when we are able. While both of these kitties will have a few weeks of recovery time ahead of them, the surgeries were a success! They will no longer be burdened with the painful conditions they had and up for adoption very soon.

As we mark our 1,000th pet today, we know there are thousands more and we will continue to strive to be there. Rural shelters need our help, now more than ever and we look forward to the next 1,000. Thank you to all of our volunteers, fosters, supporters and followers who have helped make this happen.

If you have any questions or want to make a contribution to this effort e-mail gofix@PEThoodGA.org or visit PEThoodGA.org/GIVE 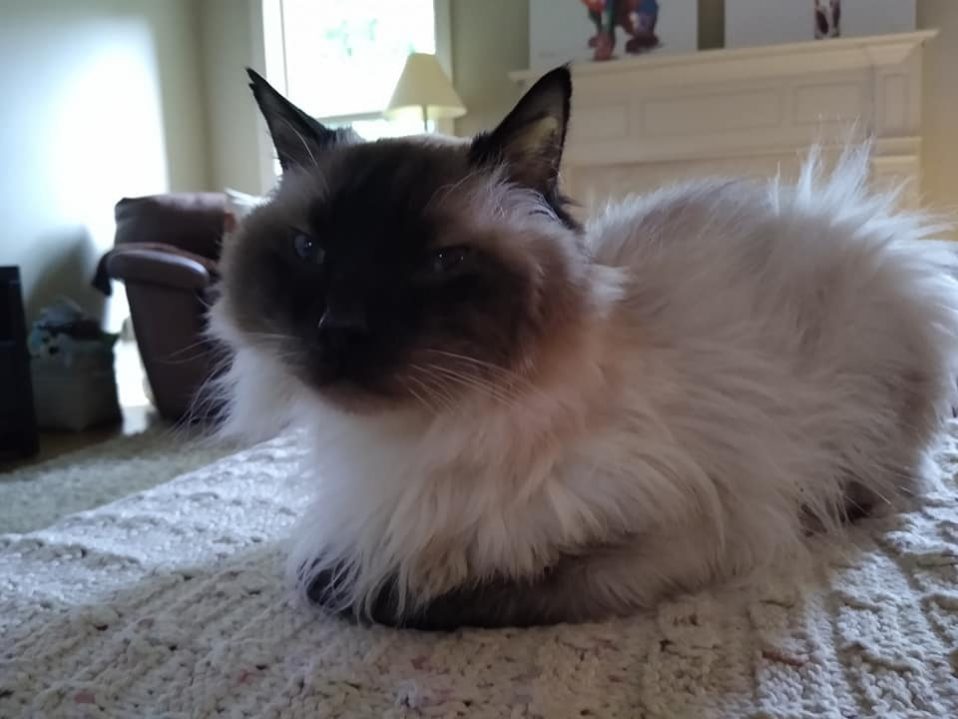 Mufasa Moves to Ohio After Completing an Obstacle Course 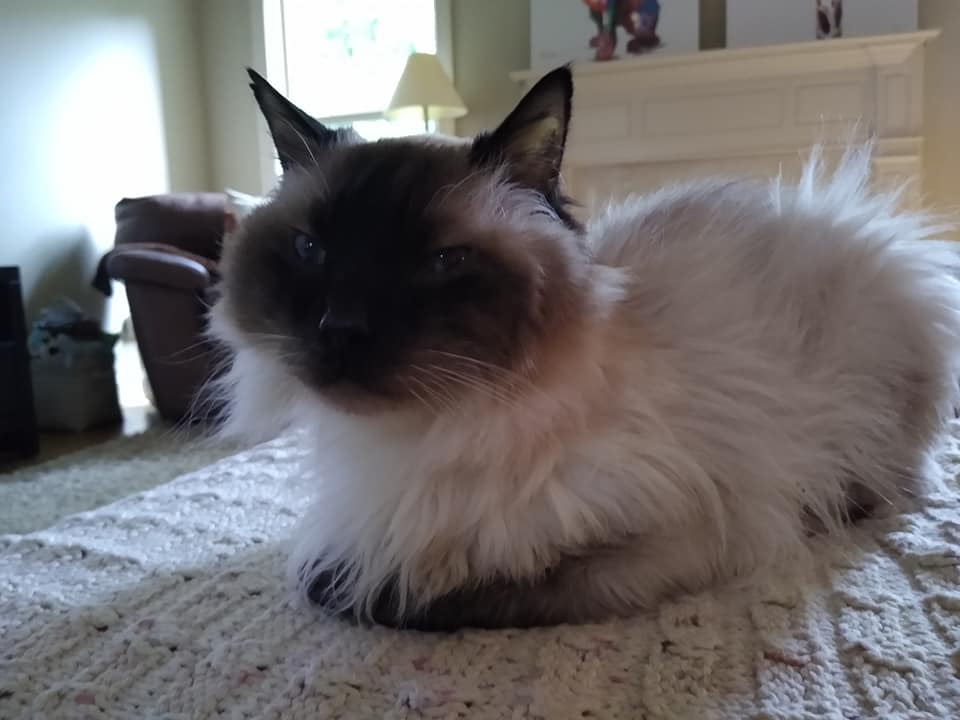 Sometimes fostering is a sprint and other times it is a marathon. Mufasa was definitely a marathon kitty. To be honest, he may have even been an obstacle course kitty, jumping through hoops and over hurdles before landing the perfect adopter… in Ohio. To understand just how special his adoption is you must first understand Mufasa’s special needs. 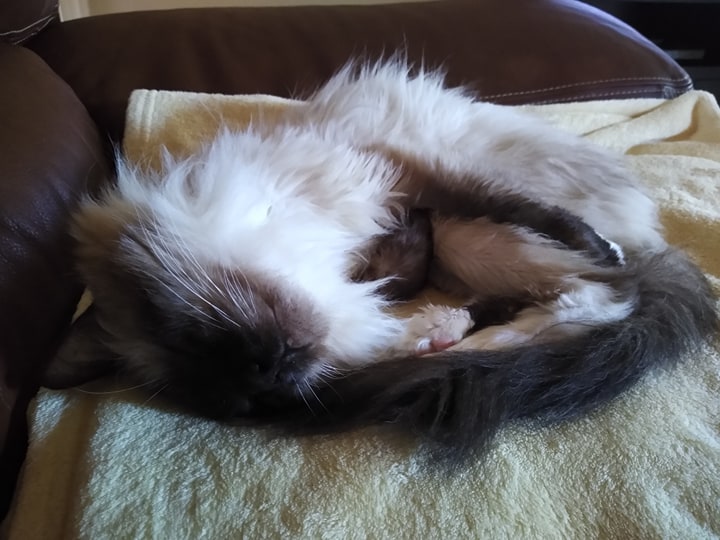 Mufasa is estimated to be about 9-years-old and was rescued by Planned PEThood from a high-kill shelter. We have no idea how he landed up there to begin with or what his life was like before us. To say he was a hot mess is an understatement. His long hair was so matted that he had to be fully shaved upon rescue, and during the shaving process we realized he was emaciated and declawed for starters. Things were a challenge for Mufasa from day one, but he has always been the perfect gentlemen. He easily won over his foster parents with his blue eyes and LOUD meow.

Unfortunately Mufasa’s journey was just beginning. Remember, we are on a bumpy crazy obstacle course here. In summary, after months of vet visits and tests here is the list of ailments Mufasa suffers from: 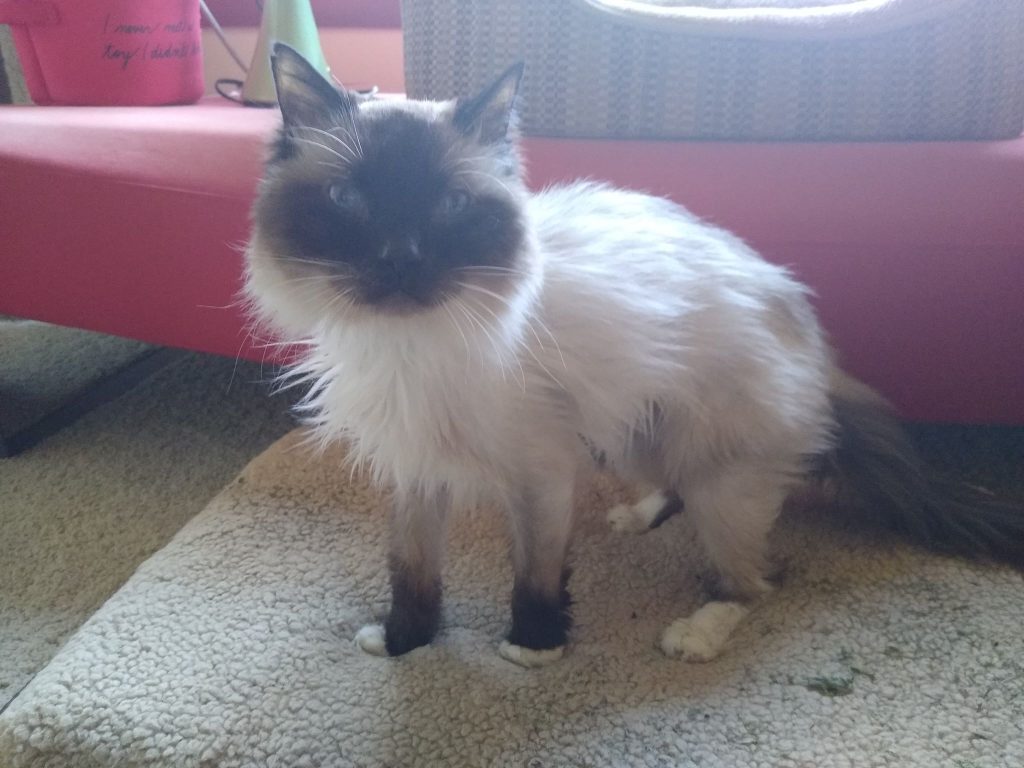 Just one of these ailments would typically detour an adopter, but five serious issues seemed like it would scare everyone away. His foster family was open and honest on his profile and shared the good, the bad, and the difficult. Mufasa was going to be an expensive kitty, but he was worth it!

Every once and a while we would get an e-mail or application that seemed promising, but they seemed to always fall through. It seems Mufasa knew the perfect mommy was on her way the entire time. He just patiently waited in his cat bed.

To care for his medical issues Mufasa needed a RX diet, probiotics, monthly injections for arthritis and joint supplements. Who better to care for his issues than a retired vet tech with experience with his breed and medical conditions?! When this application came in it was too good to be true. Mufasa would even be an only cat with ALL of his new mom’s attention. Just one small hiccup in the application. His adopter was in Ohio and Mufasa was in Georgia. 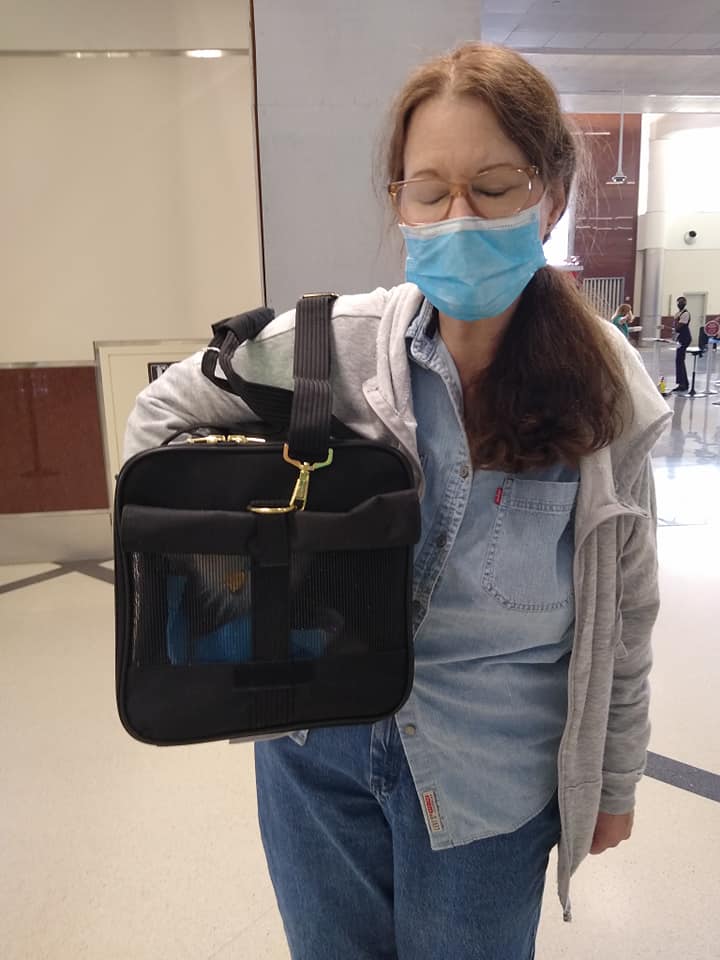 Well, when it is meant to be everything just falls in line. Mufasa’s adopter flew (in a pandemic) to Atlanta to pick him up at the airport. His foster family overjoyed to bring him to the airport for a final farewell. Just like that Mufasa’s obstacle course was complete. He made it to the finish line and won the prize. A life of love, comfort, and care thanks to a serious of events. Each part playing a significant role in Mufasa’s happy ending.

Every adoption is a race to the finish line. Some are fast sprints that take but a few weeks from rescue to adoption, others are marathons that take months or years, and occasionally there are a few obstacle course runners like Mufasa. Foster homes are the constant that every animal needs in order to get to the finishline. Consider becoming a foster home today!

Your ticket for the: Lucky Number 1,000 Takes a Ride